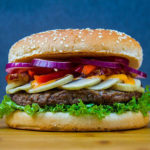 OUR BODIES NEED a wide array of vitamins, minerals, and nutrients in order to function effectively, all the way to the cellular level. Eating enough food and the right types of food is crucial to stay healthy, and this is a big part of what makes eating disorders such a dangerous problem. Not only is it harmful to overall health, though; it can also damage teeth and gums.

The Role of Malnutrition in Poor Overall Health

Eating disorders, such as anorexia nervosa and bulimia, are often devastating to the mental, emotional, and physical health of the people who struggle with them. They impact the entire body, including the mouth. The dental health effects aren’t always the first ones people think of when discussing eating disorders, but as dental health professionals, we want to give our patients as much information about this as possible.

How Anorexia Starves the Oral Tissues

The eating disorder anorexia nervosa is characterized by extremely limited food consumption, sometimes paired with purging, compulsive exercising, or both. Anorexia harms oral health through malnutrition. Without enough nutrients, osteoporosis can develop in the jaw bones, increasing the likelihood of tooth loss. The salivary glands may not be able to produce as much saliva, leading to dry mouth, which in turn increases the risk of tooth decay. Gums are also more vulnerable to bleeding.

Tooth enamel is the hardest substance in the human body, but it is vulnerable to erosion by acid. This is what makes bulimia (an eating disorder characterized by overeating followed by forced purging of food by vomiting or laxatives) so dangerous to oral health. Frequent exposure to the strong acid in the stomach can erode the enamel, leading to discoloration of the teeth, decay, and tooth loss.

A good oral hygiene routine is important for everyone, but particularly for anyone fighting or recovering from an eating disorder. In the case of purging by vomiting, the best way to minimize enamel erosion from acid is to wait at least thirty minutes before brushing so that saliva has a chance to neutralize the mouth’s pH and begin remineralizing the teeth.

You Don’t Have to Do This Alone

Eating disorders are serious mental illnesses, and for many who struggle with them, recovering isn’t as simple as deciding to stop and then stopping. It’s important to get the right help, which can be everything from a supportive family and friend group to the advice of licensed psychologists.

A good first step to take down the road of recovery would be to contact the National Eating Disorders Helpline. No matter what stage of recovery someone is in, they can always turn to the dentist for help keeping their teeth and gums healthy during and after this fight.

The dentist is your best ally for good oral health!