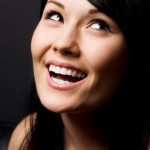 You know what they say– you are what you eat. This applies to your brain too!  According to a new study there’s a surprising link between diet and memory.The study was published in the journal JAMA Neurology , shows that there’s a strong association between insulin and a decline in memory function.Scientists studied the brain scans of 150 people. The people who were studied were a median age of 60 and at risk of developing Alzheimer’s disease but who didn’t have any memory loss.

Researchers say that the problem is that when there is less blood sugar in the brain, it doesn’t function as well. Foods that are high in sugar and fat can cause blood sugar spikes, which causes your insulin response to kick into  overdrive to convert the nutrients into energy. But when your body doesn’t need any more energy, the rest is stored as fat.